A New Year, A New Day 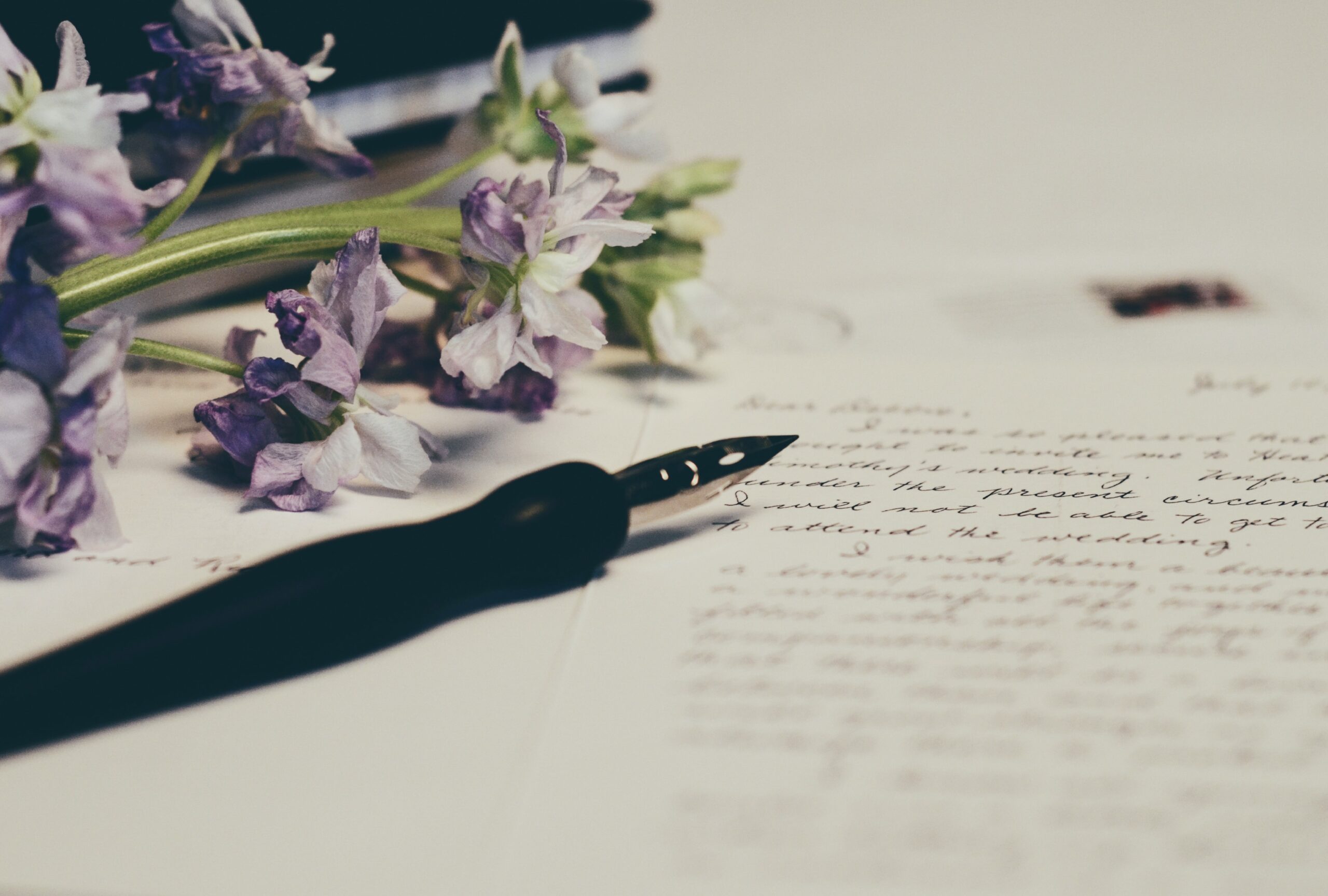 Ten years ago, I penned a message to my children in this space. Many things around me have changed significantly over the past decade. I suppose that is an indication of my age, as I sit on the cusp of my 60th birthday. The small business that I ran has grown into a listed company that has the support of numerous shareholders. My children, who were in high school and junior high when I wrote the aforementioned letter, are now working members of society (although one of them has gone back to school). My father, who was also the founder of this company, has passed away. They say change is the only constant in life, and the past 10 years certainly bear that out.

Then why have there not been commensurate changes—or changes in trends—in our home country? A decade ago, I was lamenting the decline of my beloved country. It seems to me that this sense of direction is not only unchanged, but is heading in an even worse direction—and I don’t think I’m alone in feeling this way. A declining birthrate and aging are contributing to a decrease in the population, the nation’s finances are continuing to deteriorate, and new countries overflowing with energy are rapidly overtaking us in all fields in this now borderless world. Although IT-based technological innovation has significantly changed people’s lives, the U.S. and China represent the gold standard. And Japan’s semiconductor field, responsible for producing what is referred to as the rice of industry, has long since slipped from center stage to the level of a bit player. In the automotive industry, Japan is still one of the world’s leaders, but the game is changing here as well. When assessing whether Japan leads the world in terms of supporting EVs and autonomous driving, it might not appear to the untrained eye that any change is occurring. Using the latter as an example, the accumulation of data will likely be crucial to its success. But a significant difference will emerge going forward between countries such as the U.S.—which can conduct repeated studies on public motorways—and Japan—which struggles to assess risk versus return—instead saying things such as “What if an accident occurs?” Even in the realm of finance, where fintech is advancing, our country’s aversion to immediate risk above all else, which is indeed representative of our national character, will undoubtedly be Japan’s undoing.

Of course, I don’t think we must be the world’s most economically advanced country. Japan faces too many difficulties in setting the standard for the rest of the world, such as a population hypersensitive to risk and comfortable in its affluence, a middling domestic market, and the language problem. It makes me wonder if we can find a unique positioning in this world of not only conflict between the U.S. and China, but of increasingly intensifying competition.

The message, “Love your country, do what you can to contribute to it, but at the same time, protect yourself,” remains unchanged. Now, please allow me to share with you my letter to my children from 10 years ago.

I’d like to write a message to my 16-year-old daughter and 14-year-old son. I’m sure my readers will oppose my using this forum for personal matters, but the fact is that most of my writing has been exactly that. Ideally, I would like to convey this message to the young people of Japan, not just my children. I also believe that many of our readers have children who will carry this country into the future. Given my purpose, I hope you will forgive this indulgence.

To my beloved children:

I have something a bit difficult I need to say to you today. It’s about our country, Japan. I’m going to contrast the era in which your father lives with the one my father—your grandfather—lived in.

Your grandfather entered the workforce back in 1954, the year Japan’s rapid economic growth began. The country was emerging from post-war turmoil and was becoming more and more economically affluent. Because of this continued economic growth, your grandfather’s earnings (not just his, of course, but most all wage earners) increased considerably year by year. Wages rose either in the form of raises for higher positions and qualifications or a revision to the wage schedule referred to as a base increase, both of which changed significantly every year. Moreover, many companies had seniority-based wage systems, in which positions and compensation rose in line with years of service and age. They also practiced “lifetime employment,” where once a person joined a company, they would work there for their entire career until retirement. I believe the people of that generation were able to work with peace of mind, assured that things would continue to improve each year. In those days, my grandmother managed to support my father and their three children by working only part-time. It was also fortunate that this played a major role in asset building for people of that era, because at that time, even if someone borrowed money from the bank to buy a home, the growth in house prices outpaced the interest rate borrowers had to bear. And many people of that generation continue to live comfortably to this day, supported by their promised pensions.

As for me, I started working in 1986, just as the economic boom known as the “bubble economy” was getting underway. Companies frantically hired new graduates, and unlike today, getting a job was a piece of cake. In those days (and maybe still today), there was a date on which employment season began (there was an agreement when hiring new graduates, and companies were not allowed to make tentative job offers until this date). It was even common practice to take students on trips and prevent them from participating in interviews with other companies on that day.

In the years that followed, the Japanese economy boomed, and prices of assets like real estate and stocks skyrocketed. I think many Japanese people at that time were full of confidence, believing they were the world’s wealthiest and most talented people. This period was short-lived, though. In the early 1990s, the bubble burst, and Japan entered a 20-year long period of stagnation from which it has yet to escape. Even though I have been paying into my pension plan for more than a quarter of a century, the chances of me getting my money back are slim and none.

Looking at Japan’s household final consumption expenditure (with 1990 = 100), for example, it grew to 118 in 2009, 20 years later. During the same period, though, it rose to 261 in the U.S. and 256 in the U.K. As for total household assets, Japan’s have decreased to 88, while those in the U.S. have risen to 280 and the U.K. to 328. Although I only have data for developed countries in Europe and the U.S. at hand, it is indisputable that China, India, and other emerging countries show similar or even greater growth over those two decades.

In other words, for the past 20 years, it could be said that Japan is one of the few countries in the world in decline by far.

The words “regular pay raise” and “base increase” are rarely heard any more from Japan’s “spring wage offensive” for salaried workers. It has become commonplace for a 22-year-old graduate who entered the workforce with an annual income of \3 million to work for 10 years and still earn less than \4 million. This is not enough to support a spouse and children. For married couples wanting to have children, this essentially means that both parties have no choice but to work. However, unlike in the West, in Japan, the social system supporting people who wish to continue working while giving birth and raising children is woefully inadequate. And if the wife quits the company to have and care for kids, the rigidity of Japan’s employment system makes it highly unlikely that she will be able to secure full-time employment after that, even if she wants to work. Given these circumstances, it’s no surprise to me that people would abandon the thought of having children.

What exactly is the point of handing out an allowance of \13,000 per child without instituting any changes? There is no way that this will lead to an increase in the birth rate. A figure like \13,000 hardly makes people believe they can have and raise children and feel secure. There has to be the expectation that the primary wage earner is going to see regular annual increases in compensation, that the environment is conducive to people raising their children without having to quit their jobs, or that parents can return to work with an employment system that matches their abilities once the children have reached an age that allows the parents to reenter the workforce.

If, for the sake of argument, Japan’s previous system has ceased to function after 20 years of stagnation, then in principle it must be destroyed and a new system must be created in its place. If the government that is responsible for getting us out of this, however, has transformed from the succession of lazy sons to a populist government that panders to the masses, then it will be some time before we can escape from this sense of hopelessness. It’s become evident to me that the Japanese people have become so accustomed to affluence that they have completely lost their will and drive for growth.

I know I’m getting increasingly bitchy and drifting somewhat from the central theme, so let’s get back to the subject at hand. In your grandfather’s time, if people blindly followed the national and corporate system, they could be reasonably prosperous and would not have to worry about tomorrow. The well-being of the state and corporations paralleled that of the individual. I am from a generation that started their working lives in a time when it was okay to just ride the system but then were flatly betrayed. The unfortunate thing about my era is that by the time we realized this, many of our peers were too old to just start over. It is difficult to change the direction of our lives once we have built a family and are responsible for educational expenses and a mortgage.

In your grandfather’s time, the state and corporations protected individuals. In Dad’s time, they took the ladder right out from under us. In your time, it is clear that, from the outset, you cannot depend on any such protection. Some people still seem convinced that if they get into a highly regarded university and join a renowned company, they will have a happy life, but this could not be farther from the truth. So, we have to look after ourselves.

Japan has a financial situation and social security system in crisis, a taxation structure not in tune with the times, a rigid employment system, and ties it cannot escape. Amidst such conditions, I truly hope as a parent that you will avoid falling in with the country and Japan Inc. Simply enrolling in a well-regarded Japanese university and enjoying your life as a student is not the way to protect yourselves. I think it’s about looking at the world and nurturing your global communication skills while also arming yourself with information about values, systems, and lifestyles that differ from those in Japan.

You should strive to become independent individuals who are not dependent on the state or corporations. I want people to love this country without being dependent on its systems and to realize that the entire world is within their reach. I believe that more and more young people becoming self-reliant and turning their gaze to the world is the key to Japan’s revival in the relatively near future.

I really hope that you will challenge existing values enveloping you at school and home and courageously take that first step tomorrow toward a new future.