I’m Omicron. Nice to meet you! 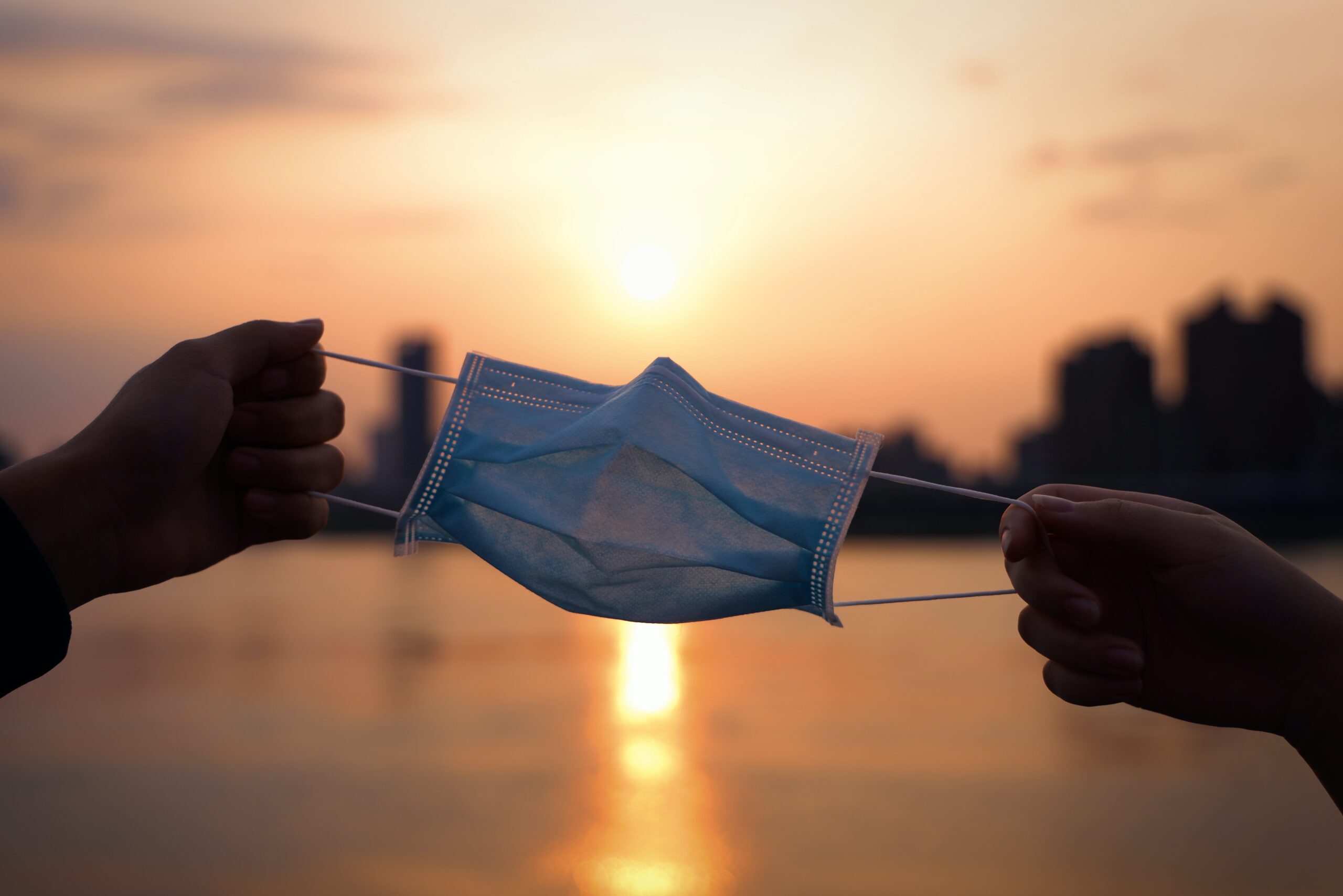 My name is Omicron, and I’m a member of a family of viruses officially called SARS-CoV-2. It is said that our first ancestor was born in 2019, in Wuhan, China. Starting in China at the beginning of the year 2020, we succeeded in growing our population by parasitizing humans, and then we took advantage of their movement around the world to achieve explosive growth.

We were very pleased to have more friends, but it seemed to be rather annoying to the humans, and we became the enemy of humanity. But we’re not trying to make people sick, and we certainly don’t want to end their lives. We just want to make more friends and put down roots. According to the theory of evolution, all living things evolve to maintain and expand their species. Please understand that we are no different.

In the beginning, it seemed that we were too toxic for the people we parasitized. We caused the deaths of many people, especially the elderly and the infirm. This was something of an epiphany for us. We realized that, if we let people die, we won’t be able to parasitize them, which will keep us from prospering.

So, we have evolved the nature of subsequent variants – Alpha, Beta, Gamma, Delta, and so on – with the sole objective of the prosperity of our species. I’m proud to say that the Omicron variant is an excellent evolutionary line that will allow our species to flourish even further. As I said before, we just want to chain the species together. If the humans we parasitize perish, there will be nothing left. And if we are too virulent, humans will treat us as an enemy and will develop vaccines and treatments to prevent our proliferation. And the loss of human contact would hinder our efforts to multiply. We decided to evolve into the Omicron variant and employ a strategy of weakening, confident that this would lead to an increase in the number of asymptomatic infected people. We hoped to put more of our peers in schools and families through healthy young people and children. The trick of trying to increase our population in pubs is getting old because we’re constantly evolving. And I believe that if we become weaker, humans will be more willing to coexist with us instead of trying to kill us.

I think that strategy is working so far. Lately, our population has once again begun to expand, and the number of infected people is soaring worldwide. The number of new infections is being reported every day, but make no mistake about it: Our true population is much larger than that number. Many people do not get tested because they are asymptomatic or have few symptoms. Furthermore, if the symptoms are mild, it could just be a cold, and many people decide that it is better to wait for it to heal than to get tested and have people overreact. In such a situation, to make a big deal out of reporting only the number of the newly infected makes me think that people aren’t terribly bright.

Recently, it seems that the U.S. and countries in Europe have gotten the message and are responding to our growing influence in a more laid-back manner. But that doesn’t seem to be the case in Japan. What is the point of stopping the entry of new foreigners from abroad when we already have so many of our peers in the country? In addition, people in Japan seem to be overreacting to the number of new infections––that is by no means comprehensive­­­––and are enacting priority measures to prevent the spread of the disease. Our approach is to spread the disease through asymptomatic or mildly symptomatic infected people, so the effect of this will be limited. The economic damage is far more significant, and the risk-reward balance is completely not working.

Rather than being lazy and simply reporting new infections, we need to minimize serious illnesses and deaths and deal with them properly. I think it’s a waste of taxpayers’ money to hospitalize people with minor illnesses by telling them that they are highly contagious, thereby pushing the utilization rate of hospital beds upward. I hope the powers that be will identify those who will benefit from our prosperity (i.e. protracted coronavirus debacle) and not cause unnecessary anxiety to the human populace. About 1.4 million Japanese people die each year, so I hope they can also tell the public that the percentage of deaths we actually cause is very small. And I hope that, in the near future, we can coexist and co-prosper with humanity like our predecessor, influenza. I want people to accept the message of our weakening from an evolutionary theory perspective and change direction so that we can live in harmony instead of in a continued state of acrimony.

*This is not based on scientific evidence, but on my imagination. Just the same, I don’t think I’m too far off.